the city permanently.  As a result, they still managed to spend 9 months of the year in the hills and Eden's education was undertaken at the boarding schools favored by the British community.

In March of 1954, the family moved to England.  Albert left India a few months earlier to arrange things, but tragically died prior to the rest of the family's arrival.  Coral, established a residence in the Norbury area South of London and his family settled into their new home and began their new life.

At the age of twelve, Eden attended Heath Clark Grammar School where his academic talents allowed him to seriously consider a career in architecture.  He also excelled on the sports field playing cricket, field hockey and was also a high jump champion.  eden was also a member of the 67th Croydon Scout Troop.  After school he would deliver milk and newspapers to make extra money.  After eden left school, he worked in London as a trainee architect.

Eden realized early on that he had a special talent since the Sarstedt's had long been a musical family.  When Eden first picked up a guitar that a friend had brought to school, he was hooked, especially when he saw Bill Haley live on stage in Croydon.  Eden's mother and grandmother had formerly been trained in classical music, while his father learned to play a variety of musical instruments, especially the banjo.

Little did Eden know, he was watching the north of something he could relate to....Rock and Roll music.  He formed a skiffle group which included his younger brothers Peter and Clive.  They called themselves "The Fabulous 5" and played in coffee bars and youth clubs around London.  The stage was set for Eden and his brothers to enthusiastically launch themselves onto the music scene.  In 1961, Eden entered a talent contest staged at the Classic Cinema on Kings Road in Chelsea.  In the audience was a Record Producer, Phillip Waddilove, who realized Eden's potential and immediately called his business partner, Michael Barclay, who then became Eden's managers.  Eden won the contest and things were looking up!  The prize for the contest was a contract to promote Cadbury's Drinking Chocolate.  With this win, his first recording was sponsored by Cadbury's Chocolate and the song was called "Hot Chocolate Crazy", an advertising jingle used on Radio Luxembourg, which Richard wrote.  With it went the title "Chocolate Time Troubadour."

As soon as Decca Records heard this song, they moved in with an offer for a record deal.  The first move was a chance of stage name for Richard.  "Eden:, came about because of it's biblical reference, and "Kane" because of Citizen Kane was Michael Barclay's favorite film.  Then can the have of image....the immaculate white suit!

Success was instantaneous!  The first Eden Kane single for Decca "Well I Ask You" quickly climbed to the number 1 slot on the 1961 charts.  Then came a string of hits the made it to the Top-5 such as "Get Lost". "Forget me Not", "I Don't Know Why", and "Boys' Cry", to name a few.  Over a relatively shirt period of three years, Eden Kane records were featured on the charts for no less the 74 weeks.  Eden's brother's, Peter and Clive became involved in the band.  Peter was the road manager at first and then the bass player, Clive (aka Robin) was to join in on guitar.  Along with his chart success came concert tout offers from promoters, such as Larry Parnes and Arthur Howe.  They saw Eden performing along side Cliff Richard, Billy Fury, Joe Brown, Helen Shapiro, Marty Wilde, John Leyton and Dusty Springfield just to name a few.  Eden also toured the British Isles with his band the :Downbeats", Roger Retting, Ben Steed Roger St Clair and Buggs Waddell.  Peter and Clive also played on many of the gigs.  His tour manager was Malcolm Cook.

In theme time, something was about to happen that would change everything in the music business....the arrival of the "Beatles."  With the advent of the self contained groups, mainly from Liverpool, the solo singers were suddenly at risk...but in 1964, Eden recorded a song on his new label Fontana called "Boy's Cry", which was immediately a big hit coincided with the "Group" explosion.  Eden did several television gigs with he Beatles, The Rolling Stones and the Animals.  "Boy's Cry" afforded him a great opportunity in Australia, where Eden's songs were already very popular.  He did a few tours in Australia and New Zealand with some of the greats, Roy Orbison, Del Shannon, The Searchers, Peter & Gordon and PJ Proby.  During his stay in Australia, the Vietnam War was raging is Asia.  He and a group of musicians one over to entertain the Australian Troops.  Such was his success down under, he soon found himself hosting his own weekly TV series.

In 1963, during Eden's first trip to Australia with a stop over in Los Angeles, California, he met and American journalist by the name of Charlene Groman.  Charlene and Eden corresponded over the years, and in 1969 after leaving Australia and on his way to South Africa, Eden made another stop in Los Angeles where he and Charlene got reacquainted, fell in love and were married that year.  Eden's family are all very musical but then again Charlene's side of the family has a flair for show business as well.  Not only did she work in the entertainment industry with a magazine that published stories about musicians, her sister is "Hart to Hart" star Stefanie Powers.  This made for quite an interesting merger.

While in the US, Eden received an offer for a recording contract with CBS.  It was at that time he decided to make Los Angeles his permanent home, but still maintained close connections with his family in London.  In 1971, Charlene and Eden were proud parents of a baby girl named, Ami.  Two years later, they had a second child, a boy they named Robbie.  It was quite a change for Eden, and although he loved his family life, he soon got the itch to return to the stage.

In 1972, the three Sarstedt brothers reunited for their album "World's Apart Together", under the management of their sister Lorraine (and David Joseph).  On June 20th 1973, the brothers made their first joint appearance as a group at Croydon's Fairfield Halls.  Eden, Peter and Robin went on to win a joint BASCA Award for composing and songwriting.

Eden Kane has since recorded for Bell, Monarch, HMV and Festival (the last two being Australian releases). He has also occasionally joined "oldies" tours in the UK with Marty Wilde, John Leyton, Brian Hyland and others, notably as part of the "Solid Gold Rock and Roll" tour.  He was also a contract actor on the Star Trek team and made several appearances in the TV series Star Trek: The Next Generation, Star Trek: Deep Space Nine and Star Trek: Voyager under his real name Richard Sarstedt.

Currently he has a CD, entitled 'Still Working', available on his website.  He continues to live in Los Angeles with his wife, the journalist Charlene Groman, and their family. 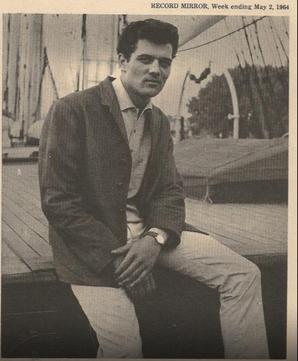 Eden Kane was born Richard Graham Sarstedt in New Delhi, India in 1942.  During 1943, Eden's parents, Coral & Albert, moved their family to Kurseong near Darjeeling, in the foothills of Mount Everest to administer a large tea plantation.  Along with his two younger brothers, Peter & Clive, one younger sister, Lorraine and two elder sisters, Pam & June (from Albert's first marriage), spent four years in this picturesque setting, with it's jungle covered hillsides contrasting the snow capped Himalayan mountains in the distance.  When the children were old enough, they were sent to various boarding schools in the mountain regions.  The family moved to Calcutta in 1947; however, due to the precarious political climate resulting from India getting it's independence, their parents considered it too dangerous for the children to be living in 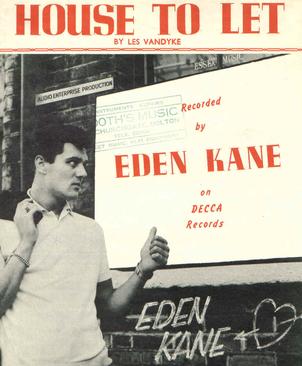 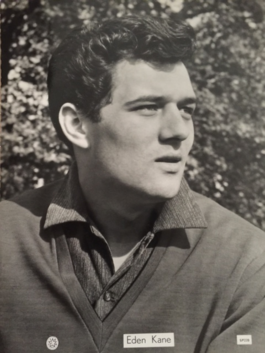 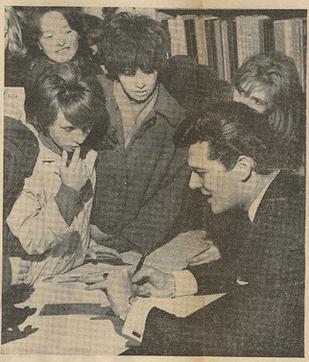